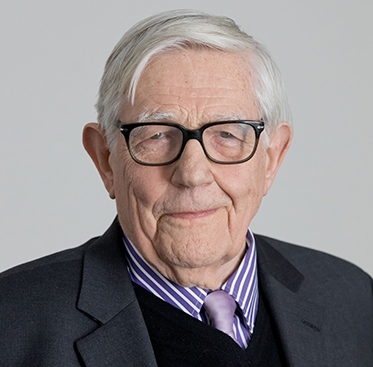 Emeritus Professor of Forensic Psychiatry at the Institute of Psychiatry. King’s College London.  Medical training in Birmingham.  Psychiatric training at the Maudsley.

Professor of Forensic Psychiatry at the Institute of Psychiatry 1978-2002. At the Maudsley developed the largest postgraduate teaching centre in Britain for forensic psychiatry, including London’s first medium security service, the Denis Hill unit. Research has included epidemiological studies of prisoners, a controlled study of the therapeutic community at Grendon prison, relationships between violence and mental disorder. An emphasis on education resulted in a large training scheme for forensic psychiatrists and the development of a diploma in forensic psychiatry. With Professor Pamela Taylor co-editor of a large textbook of forensic psychiatry (now in its second edition).  Other books include one on epileptic prisoners, another on violence and another on the therapeutic community at Grendon.  Co-editor Criminal Behaviour and Mental Health.