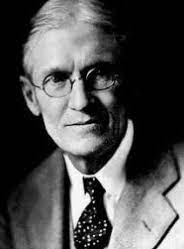 Charles Goring a prison medical officer published The English convict: a statistical study, and descriptive study of over 3000 English prisoners which demonstrated that Lombroso’s theories were misconceived. He concluded “the physical and mental constitution of both criminal and law-abiding persons, of the same age, stature, class, and intelligence, are identical. There is no such thing as an anthropological criminal type.” An early British pioneer in scientific forensic medicine.