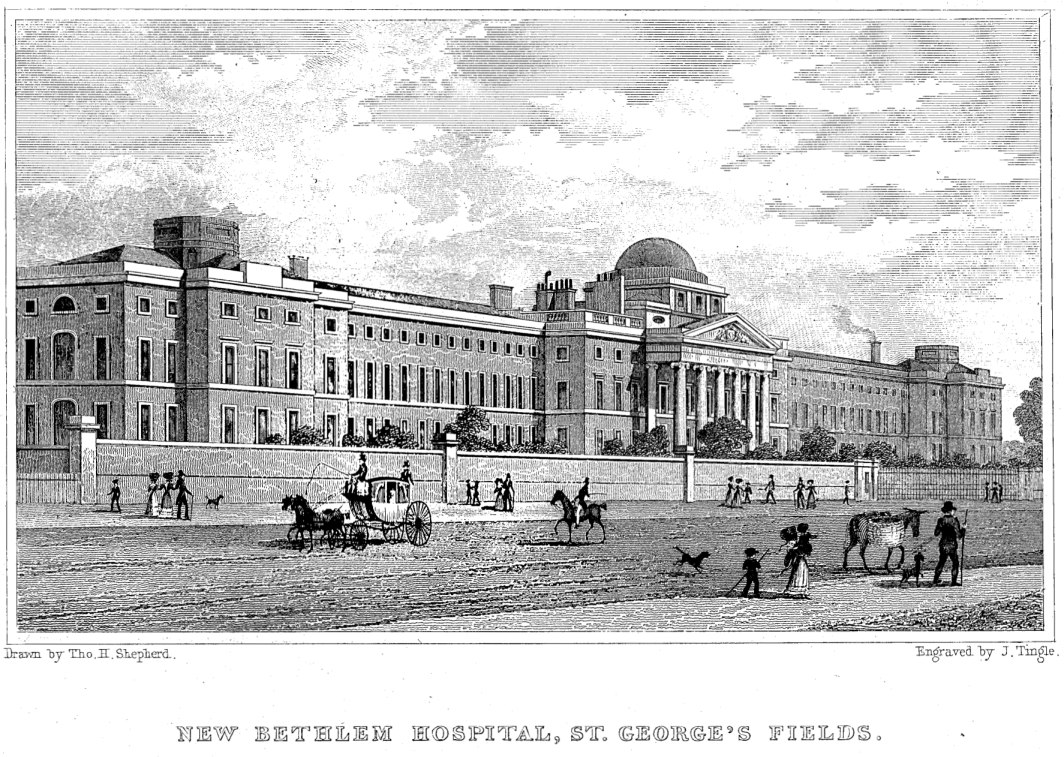 Bethlem Hospital opens Criminal Lunatics Wing.
Bethlem was founded in 1247 and is the oldest mental hospital in Europe. When it moved to St. George’s Fields in 1815 the government paid for a special criminal lunatics wing to house James Hadfield and others like him.
This building may now be recognised as the Imperial War Museum – the central block remains and the special wings were demolished after the patients were transferred to Broadmoor. The current Bethlem Royal Hospital is located in the London Borough of Croydon) (see Andrews et al 1997 “The History of Bethlem” Routledge).