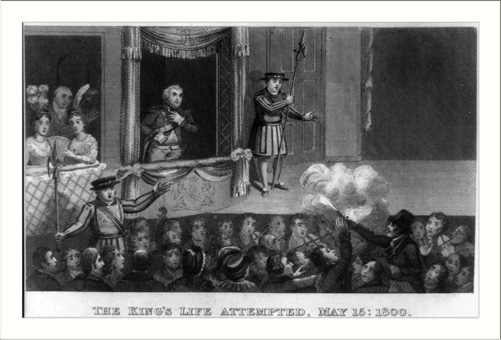 James Hadfield believed that he should die to save the world. Consequently, he attempted to assassinate King George III at the Drury Lane Theatre. His previously good character was recognised, as was the likely physical  precursor to his mental ill health – war wounds. This led to the Criminal Lunatics Act and the “special verdict”
of “Not guilty by Reason of Insanity”.

Hadfield was detained in hospital for the rest of his life (first Bethlem, then Broadmoor). The Criminal Lunatics Act was the first Act of Parliament providing recognition of a special class of offenders with mental disorder.